Get a deep immerse in the
Mobile Ecosystem.

My Kingdom for a Postback!

If you are an avid reader or just a theatre enthusiastic, you are probably recognizing where the title of this text comes from. Yeah, exactly! The play Richard III from Shakespeare. How the hell a play from the 17th century can be related to user acquisition? Take it easy, I’ll explain further on. 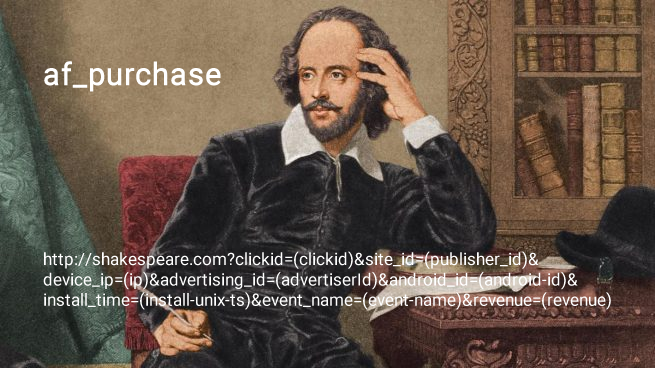 The other day I started to run a user acquisition campaign for a shopping client. The campaign objective was to acquire users that performed in-app purchases, considering the ROAS (Return on Ad Spend) as the main goal.

On the first week of the campaign, even though we were still on the learning stage, where the results normally fluctuates a lot, we saw that the ROAS was far away from the goal, even though we were having several purchases a day and an excellent install to purchase rate.

What could be going wrong?

After a quick look at the tracker and on the event reports, I saw that the users from the campaign were generating purchases (as the client wanted) but those purchases were bringing a very low revenue. I said: -"OK... Let’s switch our creative strategy to those products that bring more revenue and set the algorithm to learn from a more specific event. An expensive event like af_purchase_tv, per example, like this we would learn how those users behave, target the campaign so we impact them and therefore the ROAS would increase." Easy peasy, right?

The bad news was that the client had poorly mapped his app. Theres was no possibility to analise which product was being bought on the postback or on a daily report. To get things worst, every monetizing event of the app was converging to the event of af_purchase. So at the end of the day, I realized that I was as blind as a bat, and so was my strategy. I was successfully generating a lot of purchases a day, but I couldn’t know for which products.

On Shakespeare’s play, King Richard III loses his horse in the middle of a battle. So he yells: “A horse, a horse! My kingdom for a horse!”. He says this line because having a horse is very important to him so he can fight well. If he does not have a horse, he might lose the battle, and therefore his kingdom. This line highlights the fact that something that is usually not important, can become quite crucial at a moment’s notice.

The same happens with the mapping of events on an app. Not only to send those events to your user acquisition partners, so they can perform a better optimization and have optimal performance but also, so you can have the user behaviour within your app as granular as you can, developing a better product.

Data is one of the main keys for the success of an app, so track it properly, please.

And always remember what Richard III used to say: “My kingdom for a postback!”

Committed to a fair and clean mobile ecosystem.